The list is out on the BNTEENblog for the most anticipated YA fantasy reads coming up in 2016!  Most of these titles sound like they’ll knock my polka dot socks off, but here are the two I absolutely can’t wait to read:

THIEF OF LIES by Brenda Drake 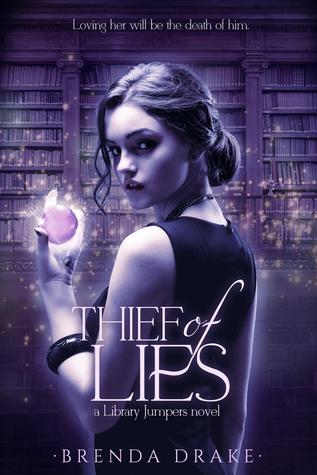 Here’s the summary from Goodreads.com:

Gia Kearns would rather fight with boys than kiss them. That is, until Arik, a leather clad hottie in the Boston Athenaeum, suddenly disappears. While examining the book of world libraries he abandoned, Gia unwittingly speaks the key that sucks her and her friends into a photograph and transports them into a Paris library, where Arik and his Sentinels—magical knights charged with protecting humans from the creatures traveling across the gateway books—rescue them from a demonic hound.

Jumping into some of the world’s most beautiful libraries would be a dream come true for Gia, if she weren’t busy resisting her heart or dodging an exiled wizard seeking revenge on both the Mystik and human worlds. Add a French flirt obsessed with Arik and a fling with a young wizard, and Gia must choose between her heart and her head, between Arik’s world and her own, before both are destroyed.

THE LOVE THAT SPLIT THE WORLD by Emily Henry 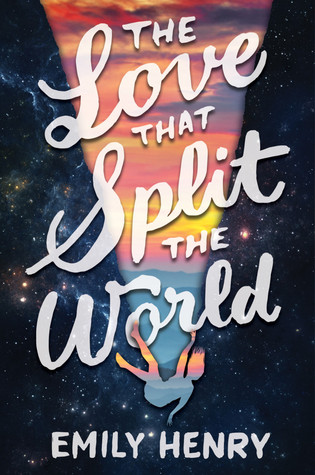 Here’s the summary from Goodreads.com:

Natalie Cleary must risk her future and leap blindly into a vast unknown for the chance to build a new world with the boy she loves.

Natalie’s last summer in her small Kentucky hometown is off to a magical start… until she starts seeing the “wrong things.” They’re just momentary glimpses at first—her front door is red instead of its usual green, there’s a pre-school where the garden store should be. But then her whole town disappears for hours, fading away into rolling hills and grazing buffalo, and Nat knows something isn’t right.

That’s when she gets a visit from the kind but mysterious apparition she calls “Grandmother,” who tells her: “You have three months to save him.” The next night, under the stadium lights of the high school football field, she meets a beautiful boy named Beau, and it’s as if time just stops and nothing exists. Nothing, except Natalie and Beau.

Emily Henry’s stunning debut novel is Friday Night Lights meets The Time Traveler’s Wife, and perfectly captures those bittersweet months after high school, when we dream not only of the future, but of all the roads and paths we’ve left untaken.

How about you?  What’s your most anticipated read?  It doesn’t need to be YA–just share away!